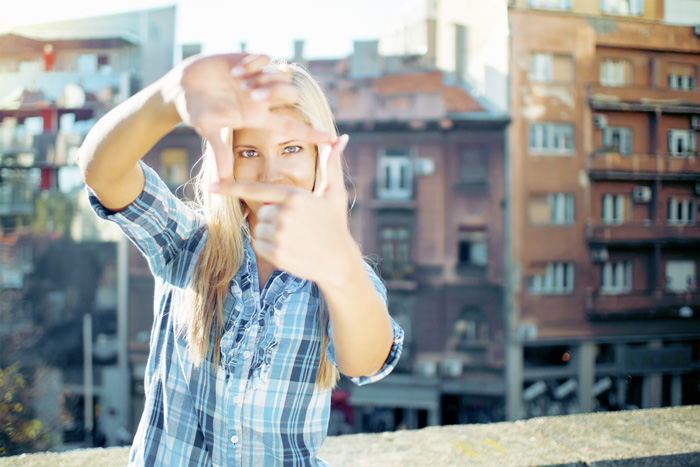 What the Girl Next Door Brought with Her

On the day that the girl next door moved in, she carried a worn-out cardboard box with the word “photographs” written on the side. She was wearing a gray t-shirt and jeans that made her frizzy red hair stand out even more, a splash of color against a plain backdrop. There were two other girls helping her, a blonde in a blue sundress and an Asian girl in yoga pants. My new neighbor’s shaggy-haired boyfriend was also there. He stood to the side and watched for most of it, only stepping in to help carry the heavy furniture. That night, I could hear them talking and laughing in the new apartment. We shared a wall.

On my birthday that year, she carried a reusable shopping bag for her groceries. She caught my friend Mia walking up the stairs with a cake I hadn’t asked for, and she came to my door to poke her head in and wish me a happy birthday.

I told her that I was Carter. She told me it was nice to meet me and to have a nice party.

Later that night, when I snuck away from my friends to plug my cell phone into the charger beside my bed, I discovered that I could hear her singing along to The Doors through our shared wall. For a minute, I hummed along.

On the day after the Fourth of July, she carried an armful of red, white, and blue streamers.

“We had a party,” she explained, grinning as she caught me eyeing the bundle.

“That’s okay,” Audrey said. “I’m going to toss them in the recycling anyway.”

That afternoon was the first time I heard her fighting with her boyfriend through our wall. I tried not to listen, since it was none of my business anyway. The argument was over shortly after it began.

On the first day of fall, she carried a goldfish in a round glass bowl. I was leaving and ran into her on the stairs. She greeted me and then introduced me to the goldfish, whose name was Sherman.

“He just looks like a Sherman, doesn’t he?” she asked.

The fighting had continued since July, and had seemed to escalate slowly. I wanted to ask her about it then, but I thought it might freak her out that I’d been listening through the wall. Besides, she seemed her usual self, so I decided to let it be. That was the night things took a turn, and the shouting match continued well into the night, with insults thrown that struck me clearly even through the cushion of the wall.

Then it happened – a scream, and something distant but unmistakable as contact, skin on skin. I shot up from bed, raced to my front door, and had taken two steps into the hallway when Audrey burst through her own door. She was yelling into the apartment behind her, telling her boyfriend that he’d better not dare follow her.

Then she noticed me. She sniffled, wiped her tear-streaked cheeks, and we stared at each other. I wanted to say something, but I wasn’t sure what. She turned and ran down the stairs, and I went back into my room and listened to her boyfriend’s shameful silence through our wall.

On the day after that, I saw her when I was leaving for work. She was wearing sunglasses and a baggy sweatshirt. She carried only her car keys. I had to talk to her.

“Hey, Audrey…” I said, “Thanks for being a good neighbor.”

She offered me a tight smile and a nod. I wish I could say I saw her again after that.